Irregular Choice was created by Dan Sullivan in 1999 as a reason to stand out from the crowd.

Back in the late 90's Dan saw that the footwear market was becoming very neutral and black, yet there was a global demand for something different and individual, something to wear with pride.

Born in London, England, and growing up on the Kings Road in the 70’s during the Punk era, Dan was fortunate enough to travel the world throughout the 70's and 80's with his family.

Whilst his parents developed their own irregular footwear collections, including “Transport” and “Chaos Creators”, Dan got to visit the most amazing and inspirational locations, allowing him to soak in everything that surrounded him.

He had left home by the age of 15 and opened his first shoe shop in Covent Garden at the age of 18, which soon turned into 6 stores, until at 23 he decided to close the stores so he could travel and add to his already extensive knowledge of what the rest of the world had to offer.

During his mid to late 20's Dan chose to go back to the far east to meet with factories and understand the opportunities that were being offered from that part of the world.
“The culture, architecture and foods were big influences for my first collection in 1999, and that’s where I got the inspiration for the split toe shoe, which is still incorporated into my designs today.” Dan Sullivan.

The opportunities that Dan discovered in China allowed for detailed & creative manufacturing, at an affordable price & small quantities. This gave Dan the chance to combine the resources of the far east with the experiences he had gathered spanning the most creative times, and countries, of his generation.
And from this Irregular Choice was born.

Dan has stuck very determinedly to his philosophy throughout the past 22 years, which is to keep Irregular Choice as something that is not influenced by passing trends, but original and set apart from the crowd.
His fearlessness translates into the design of the shoes, and an Irregular Choice shoe is not like any other you’ll find. Dan doesn’t listen to what’s happening in the fashion industry or what another brand may be doing.
This is what makes Irregular Choice designs completely unique and truthful.

From embellished heels, ornate wood carvings, tiny intricate charms and lavish fabrics, to the memorable colour combinations, everybody has an Irregular Choice favourite shoe or story.
Each year Dan creates over 600 different styles, and is constantly jotting down styles, photos and sketches, it’s an ever expanding creative process reaching to what is now over 10,000 different options.

Irregular Choice has evolved with great strides over the past decade. The brand is now sold through hundreds of stockists around the world, and has nine of its own stores across the globe, with more in the pipeline.

Every Irregular Choice customer has their own favourite designs, and with such a huge collection to choose from each season there is always something to tempt every shoe addict.

"Recapture your freedom which eloped with your youth"
Dan Sullivan, Owner & Designer.

Dan has a very clear vision, which is never swayed and is brought to life within the Irregular Choice stores.

The Irregular Choice fans responded so positively to the introduction of Irregular Choice stores that we believe this is where the future of the brand lies. When a Stacked wooden, hand carved heel with scalloped fabric upper is displayed in the window of an Irregular choice store, the fans gravitate towards it, not only as a piece of artwork, but they also feel they are capturing a piece of fashion history.

Between the details of the 3D vinyl coated wall surrounding the Shenzhen Store, or the mirrored mannequins and flashing rainbow staircase of the London Carnaby Street store, the trips to Irregular Choice stores are always memorable. The shoes are presented on floating light up shelves and the accessories are neatly placed on multi-coloured tiles. 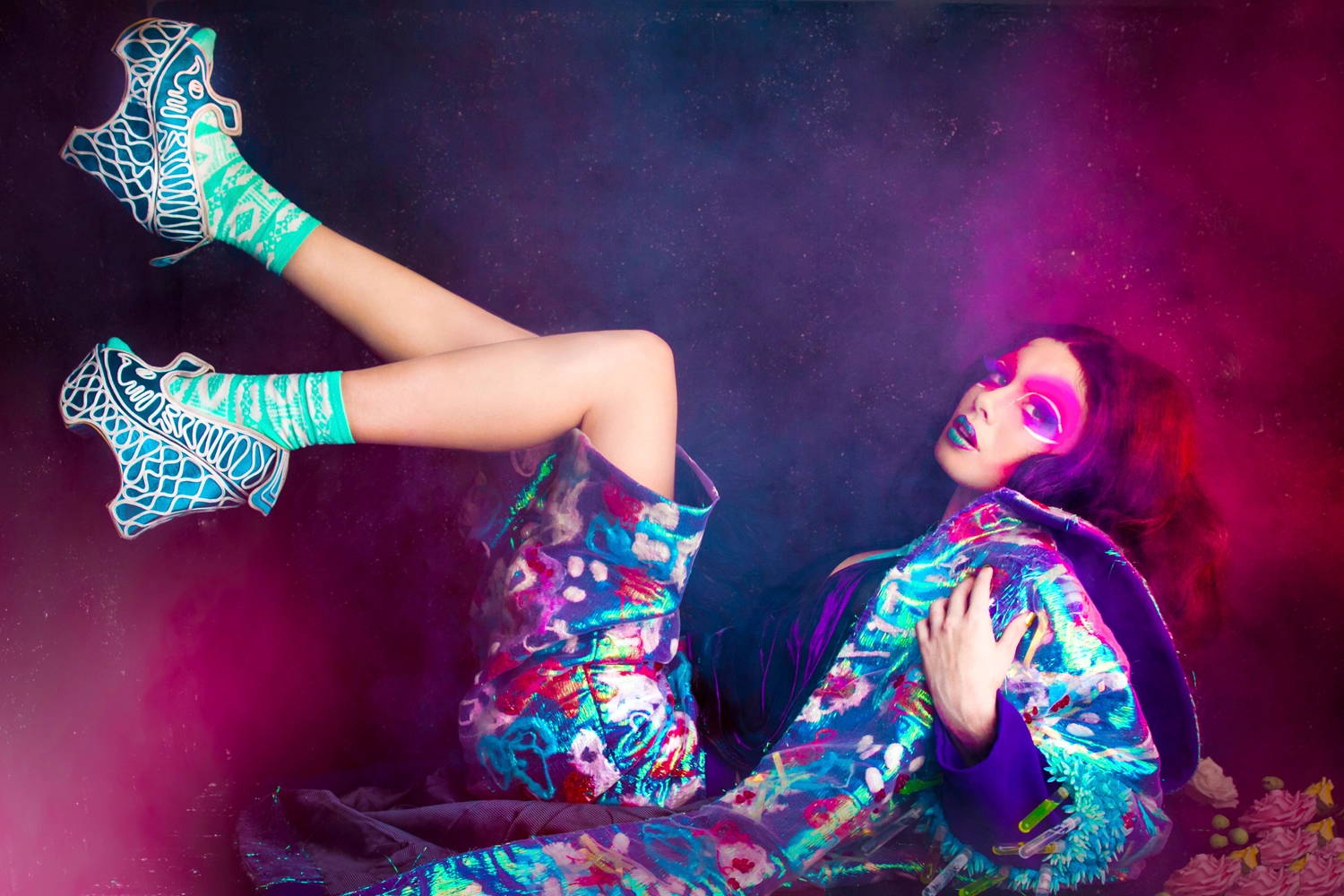